How many towns and cities can you identify on the world map? Test your knowledge in this fun location-based quiz and learning tool. Identify the town or city pinpointed on the map, improve geographical knowledge by playing the game, and try to beat your scores as you begin to recognize more and more! 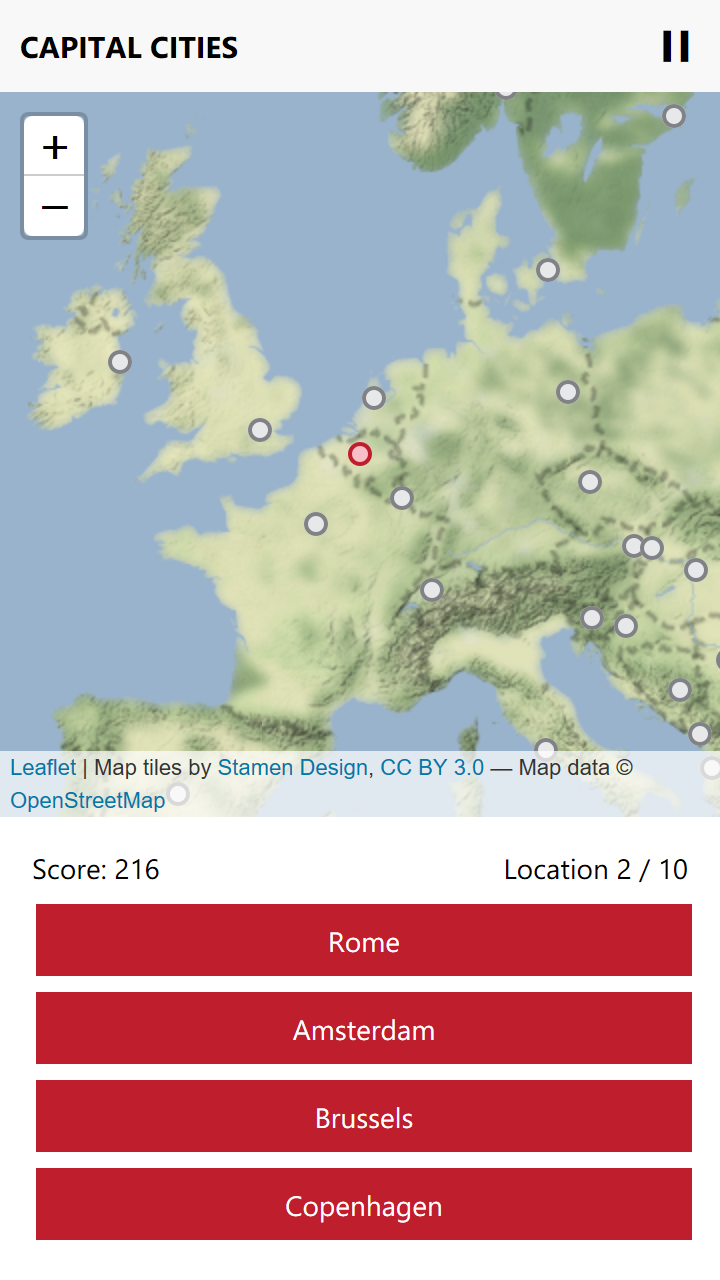 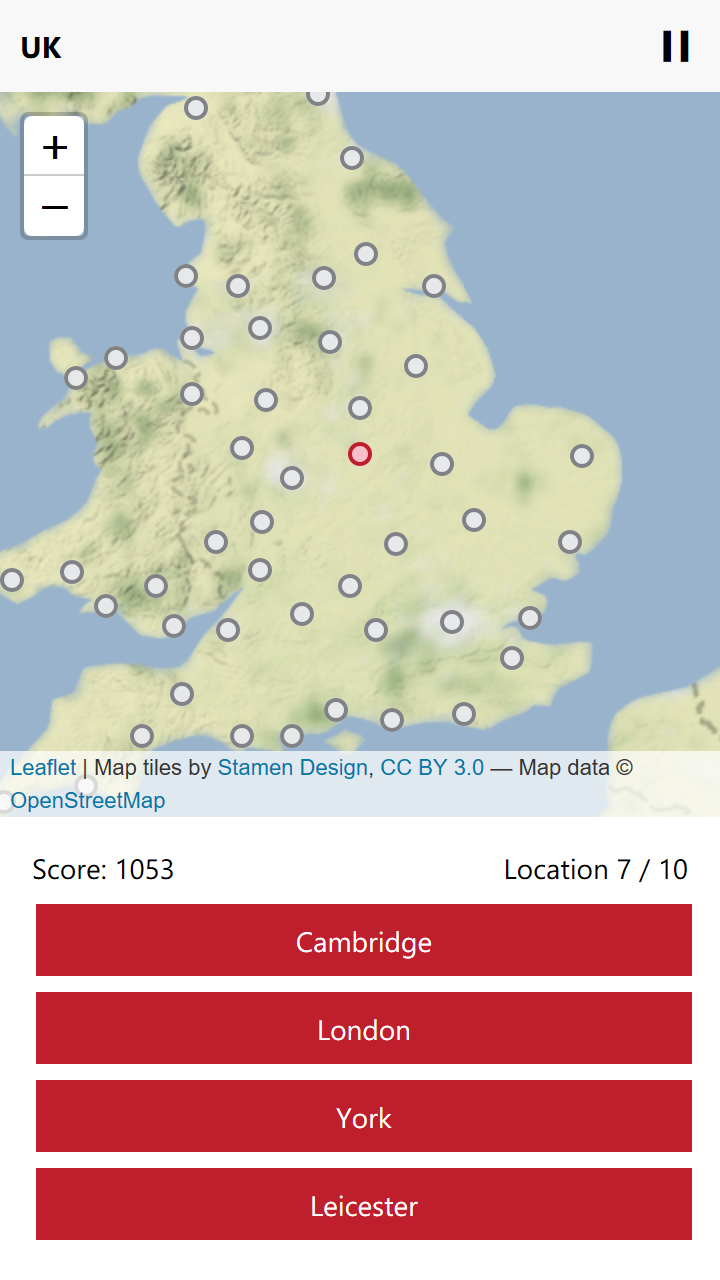 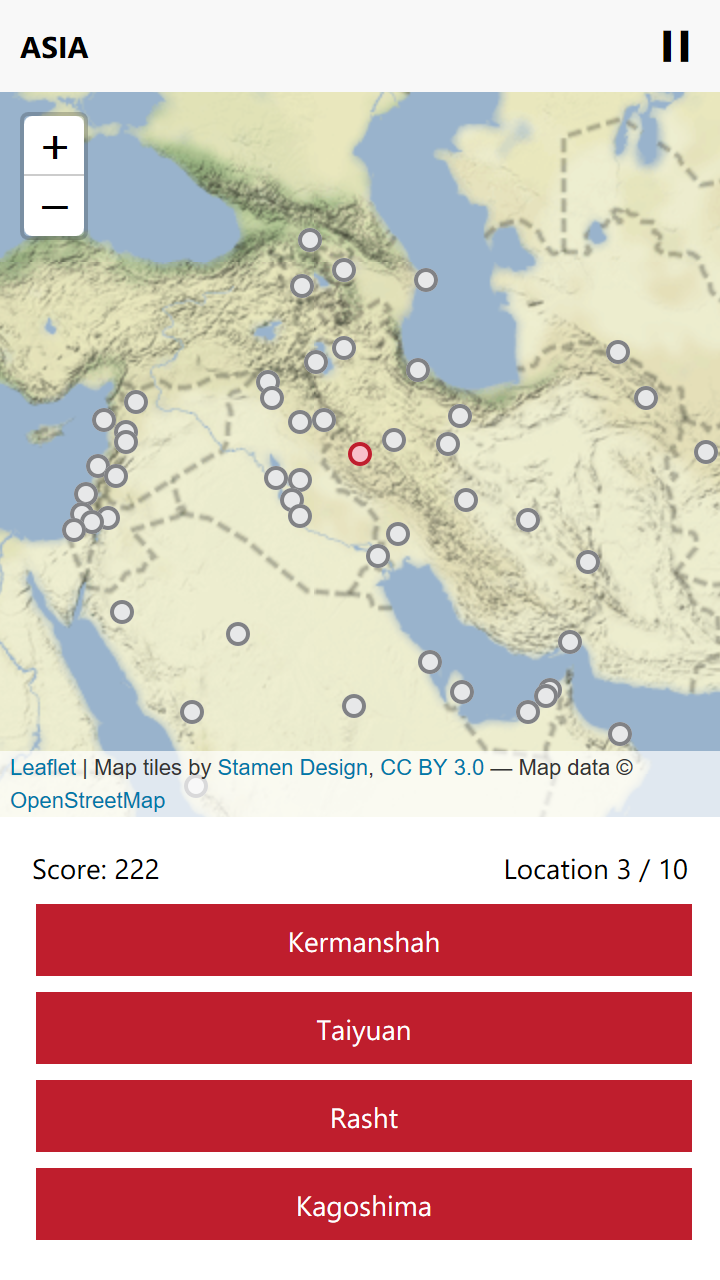 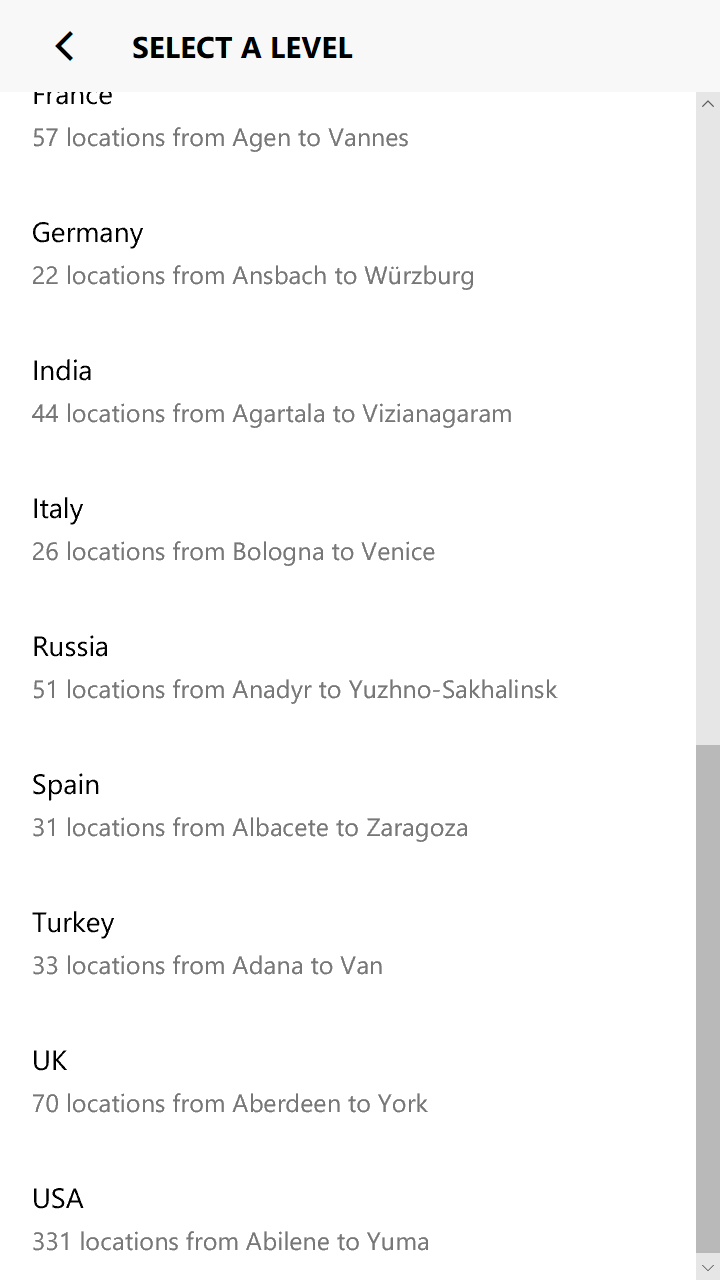 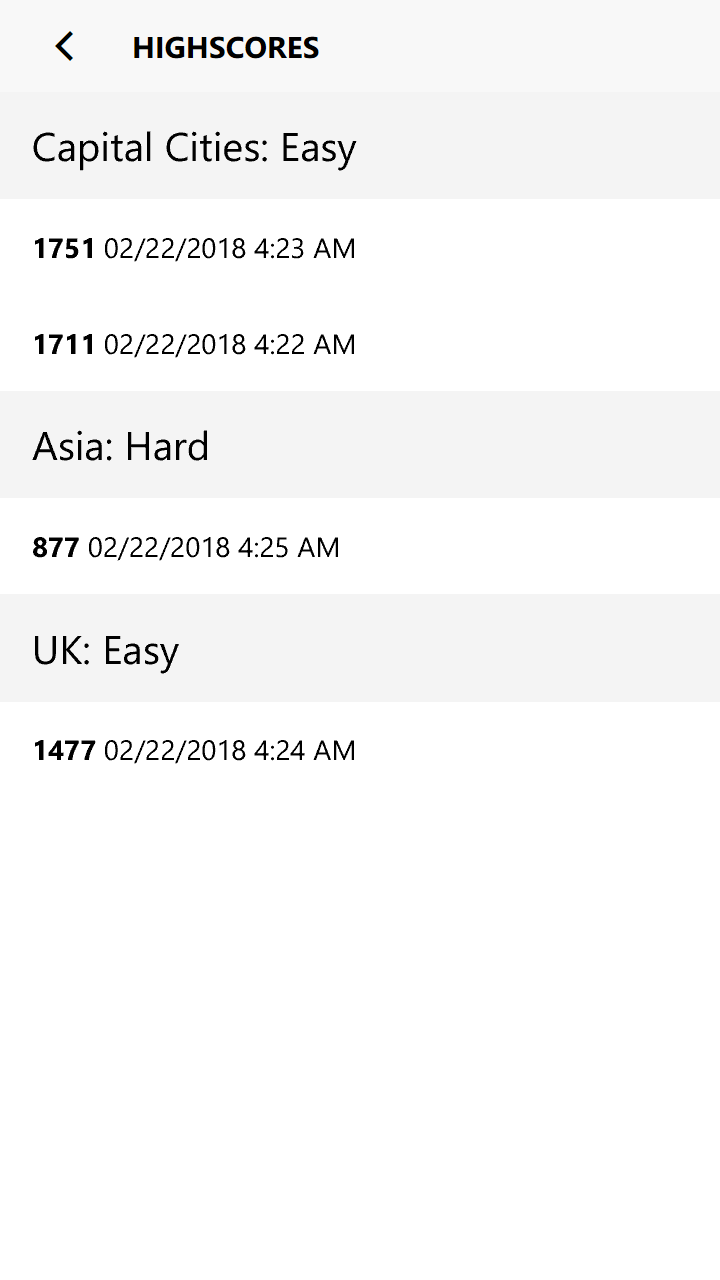